Antonov AN-225 , visit from 24.09.2013 to 25.09.2013 Airport Zürich. The Antonov An-225 Mriya (Russian: Антонов Ан-225, Ukrainian: Антонов Ан-225 Мрія, lit. 'dream' or 'inspiration', NATO reporting name: "Cossack") is a strategic airlift cargo aircraft that was designed by the Antonov Design Bureau in the Ukrainian SSR within the Soviet Union during the 1980s. It is powered by six turbofan engines and is the heaviest aircraft ever built, with a maximum takeoff weight of 640 tonnes (710 short tons; 630 long tons). It also has the largest wingspan of any aircraft in operational service. The single example built has the Ukrainian civil registration UR-82060. A second airframe with a slightly different configuration[1] was partially built. Its construction was halted in 1994[1] because of lack of funding and interest, but revived briefly in 2009, bringing it to 60–70% completion.[2] On 30 August 2016, Antonov agreed to complete the second airframe for Aerospace Industry Corporation of China (not to be confused with the Aviation Industry Corporation of China) as a prelude to AICC commencing series production. 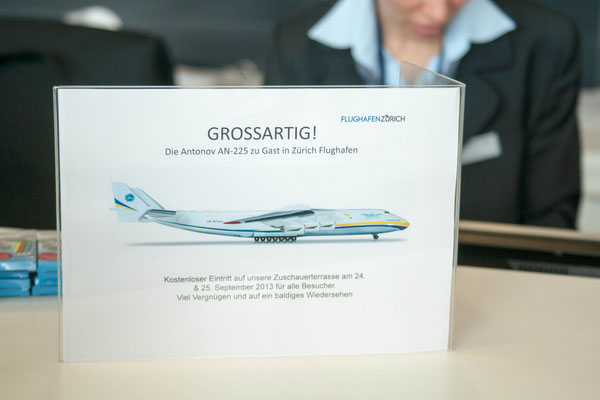 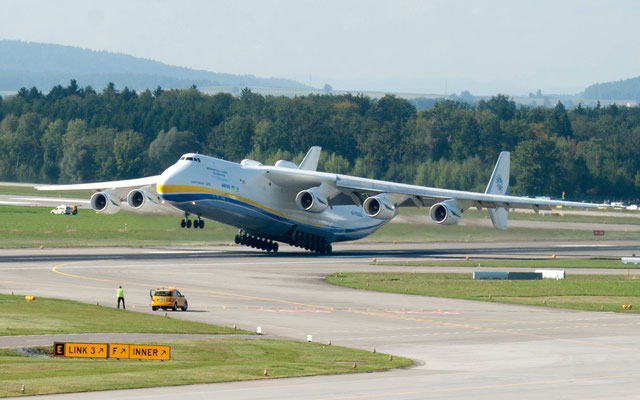 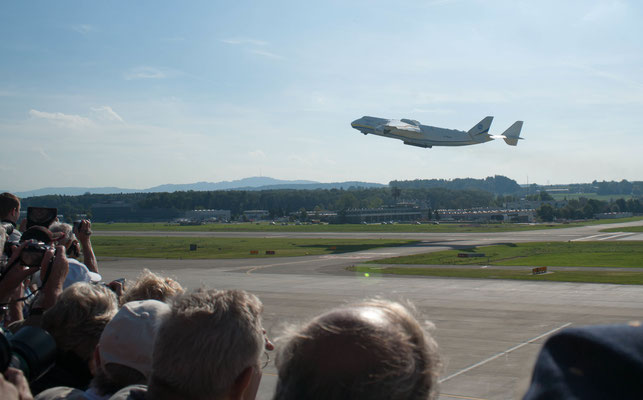 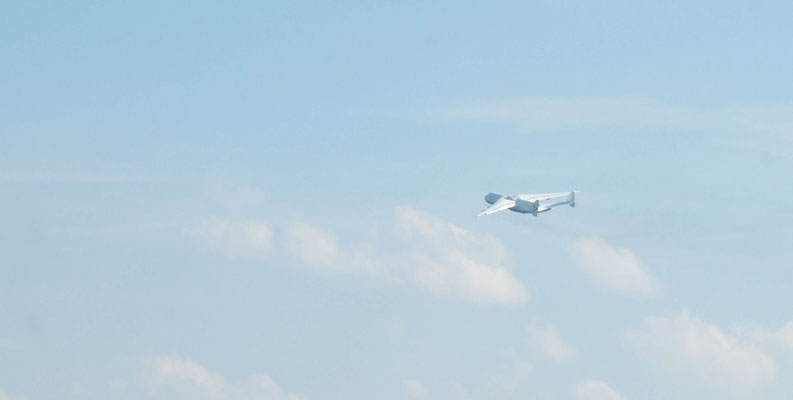