The Antonov An-124 Ruslan (Ukrainian: Антонов Ан-124 Руслан, lit. 'Ruslan') (NATO reporting name: Condor) is a strategic airlift quadjet. It was designed in the 1980s by the Antonov design bureau in the Ukrainian SSR, then part of the Soviet Union (USSR). Until the Boeing 747-8F, the An-124 was, for thirty years, the world's heaviest gross weight production cargo airplane and second heaviest operating cargo aircraft, behind the one-off Antonov An-225 Mriya (a greatly enlarged design based on the An-124).[5] The An-124 remains the largest military transport aircraft in current service.[6] The lead designer of the An-124 (and the An-225) was Viktor Tolmachev.[7]

In August 2014, it was reported that plans to resume joint production of the Antonov An-124 had been shelved due to the ongoing political tensions between Russia and Ukraine.[10] The sole remaining production facility is Russia's Aviastar-SP in Ulyanovsk. The various operators of the An-124 are in discussions with respect to the continuing airworthiness certification of the individual An-124 planes. The original designer of the An-124 is responsible for managing the certification process for its own products, but Russian/Ukrainian conflicts are making this process difficult to manage. Military operators are able to self-certify the airworthiness of their own aircraft, but Russian civil operators must find a credible outside authority for certification if Ukraine is unable to participate in the process.[11] 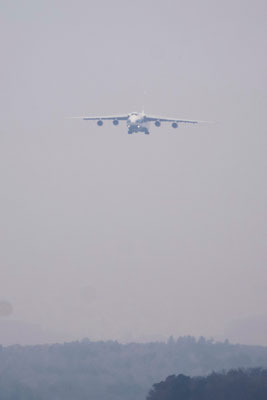 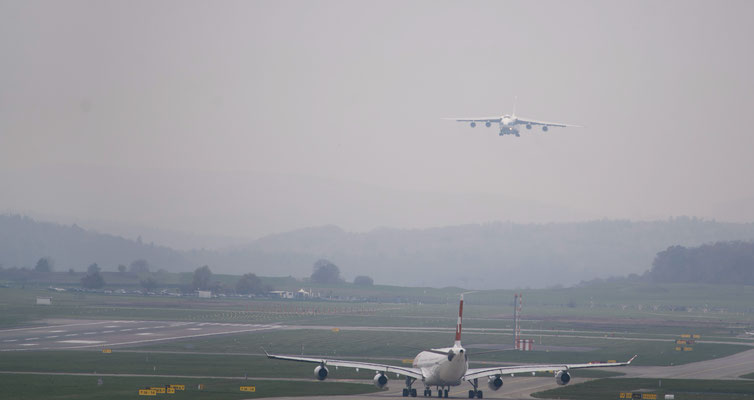 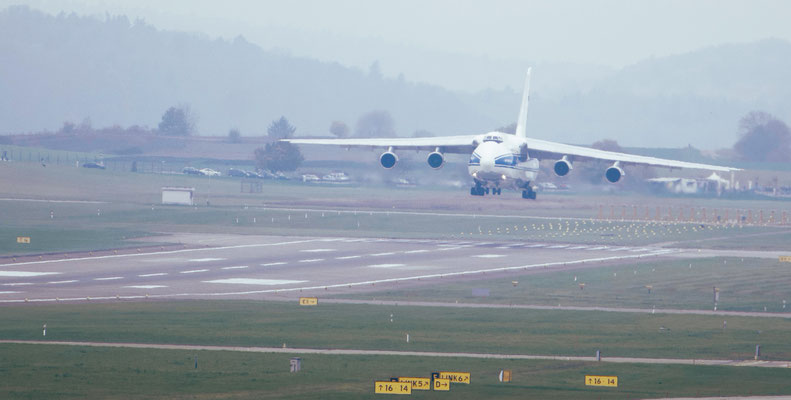 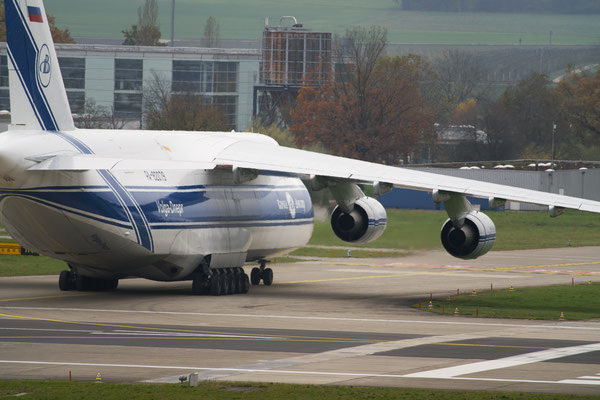 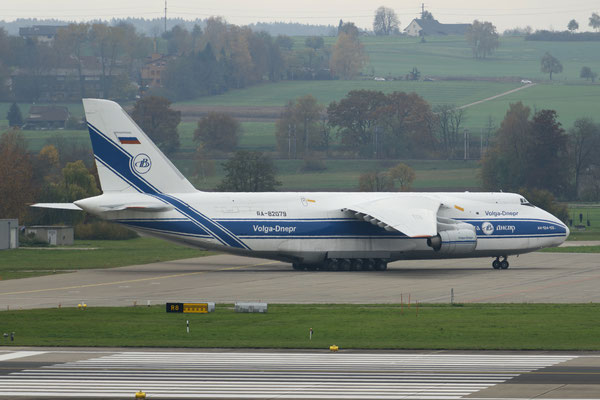 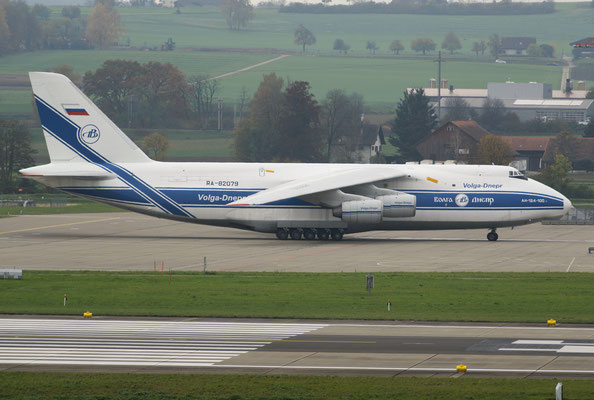